MPC continues its collaboration with visionary director Tim Burton to deliver 140 shots for the MGM Television series Wednesday on Netflix.

MPC’s global studios worked on a total of 140 shots under the supervision of VFX Supervisor Craig Calvert and VFX Producer Nick Colangelo. The team’s collaboration on the project began in September 2021 with previz and asset development, before wrapping up the visual effects in November of the following year. 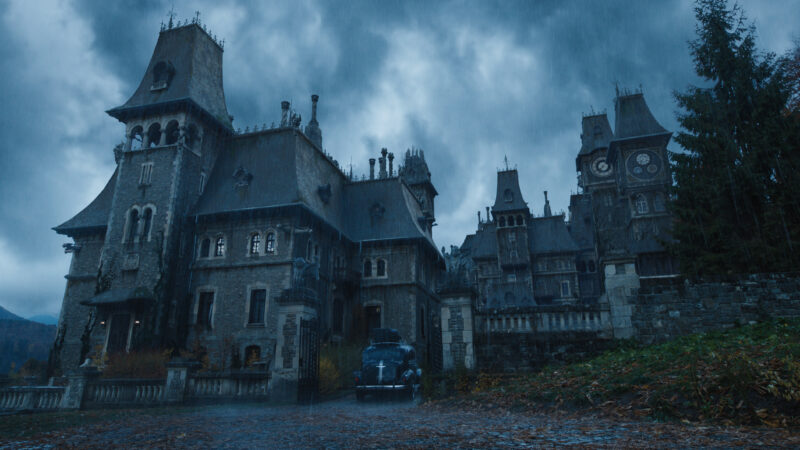 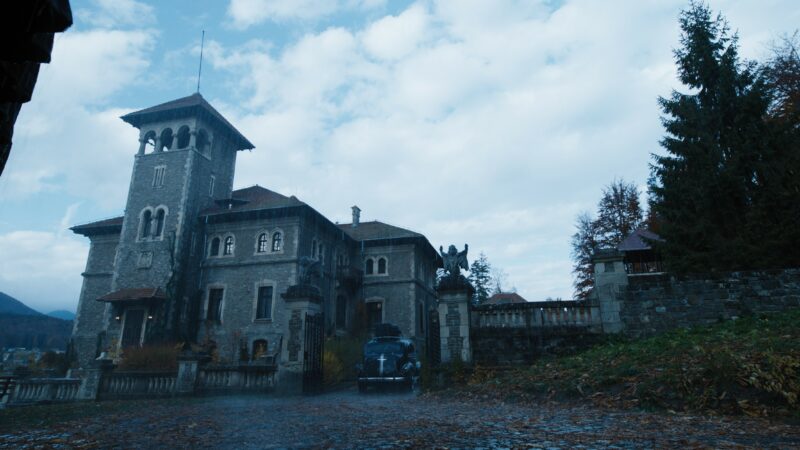 Nevermore Academy is the main setting for the series, charting Wednesday Addams’ years as a student. MPC was tasked with creating the expansion of the Nevermore School environment; a complex brooding mass of buildings that reflect the unique tone of the series. In the preliminary stages, production carried out principal photography on location at Cantacuzino Castle in Romania, which was later augmented to extend in scope and weathering.

The team built upon the foreground practical plates by adding vines, large sloping rooftops, and looming towers. The background plates were modified to include gentle ‘New England style’ hills and ‘Frankenstein-esque’ moody clouds.

“Tim Burton has a famous visual style that blurs the line between fantasy and reality” Craig shares, continuing to explain that the team “helped carry those core design ideals forward, never feeling constrained by the exactness of what the real world would give, nor pushing too far into a cartoonish representation of an effect”. 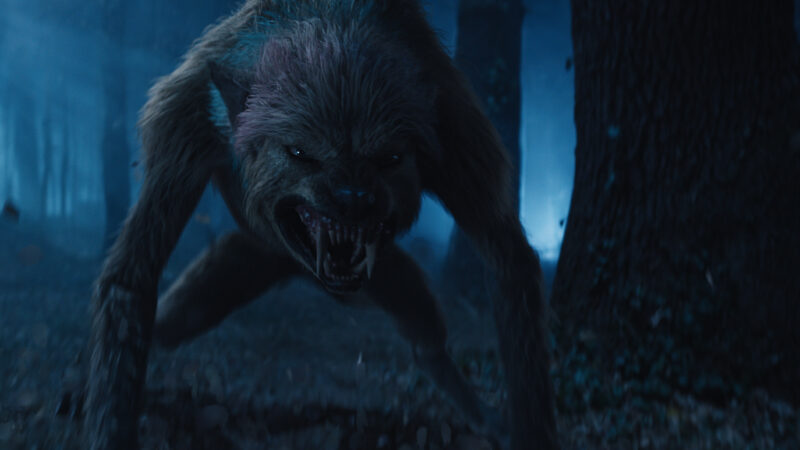 MPC continued to embrace this principle throughout the creation of Hyde and Enid in their ferocious and dynamic combat. Tim Burton had a very specific look in mind stemming from the ‘Rat Fink’ style drawings from the 60s. Calvert describes this as one of the most compelling and significant challenges for the team explaining “we pushed to get healthy but rough versions out early into the cut so we could begin refining and getting a sense of what shots were on track and which needed a rethink”. The combat itself had two consistent notes: simpler, and angrier. 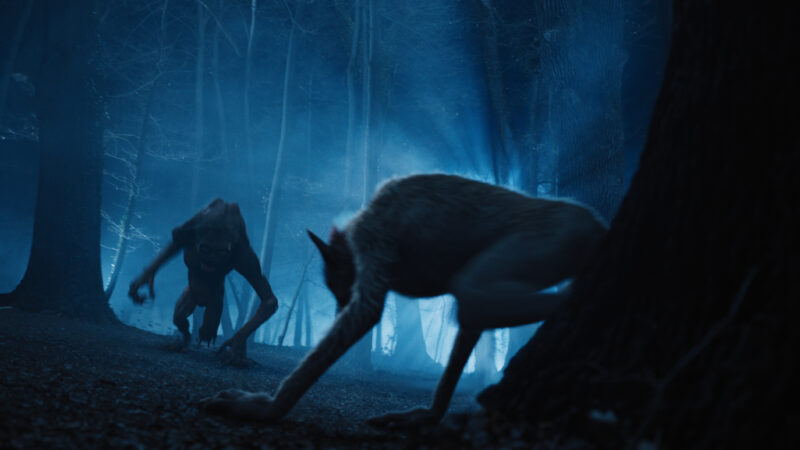 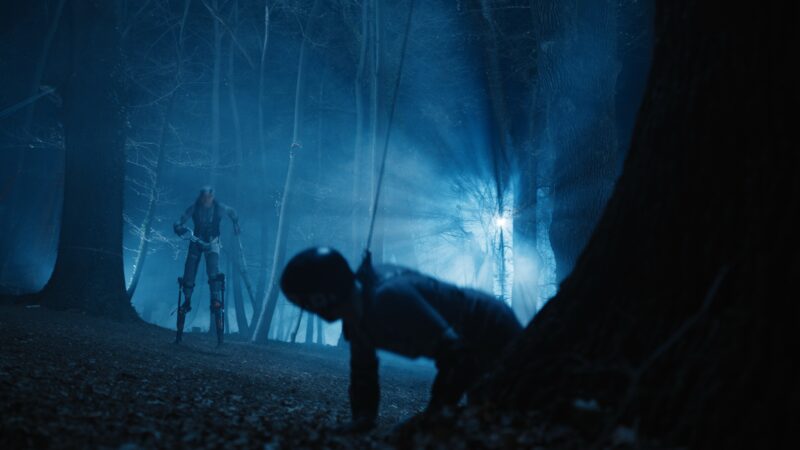 Both Hyde and Enid’s transformations required custom CG builds. A lot of consideration was given to Tyler’s transformation to show him straining and growing, tearing apart his clothes to become the Hyde monster. Practical elements were shot for the tearing clothing, which helped remove the need for complex fabric simulations and gave a strong anchor for integrating the CG.
Enid’s transition into a wolf was more practical, adding CG ears and a subtle warping of the face. Although, the morphing of her hands into a furrier version presented unique challenges. Match-moving the performing hands and identifying good blend points was a high iteration process, but once this was locked the team could start the dynamic growing fur and animate the geometry of the hands distorting into wolf form with lengthened fingers and claws. 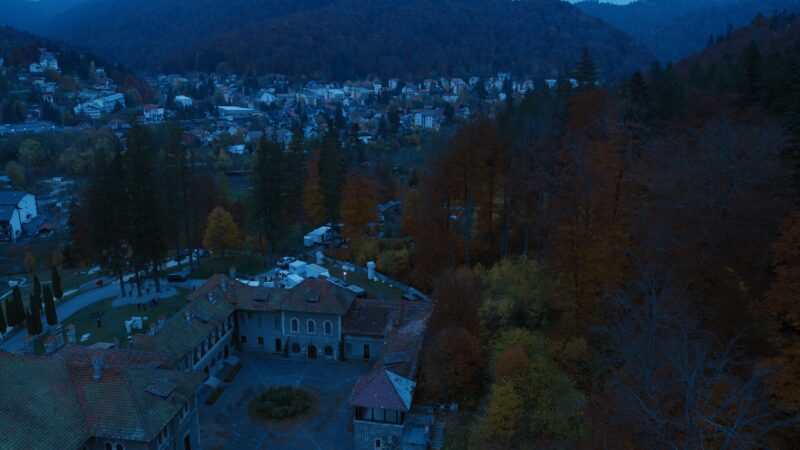