The Targaryens’ Most Devastating Weapon

In the first episode, the team worked on the opening dragon flight sequence with Rhaenyra flying Syrax through the clouds and over Kings Landing, ending with the dragon landing behind the Dragon Pit. “Not only was this the first time we saw a dragon in the season, but also the first time we re-introduced the audience to King’s Landing, so we knew how important it was,” says VFX Supervisor, Mike Bell. 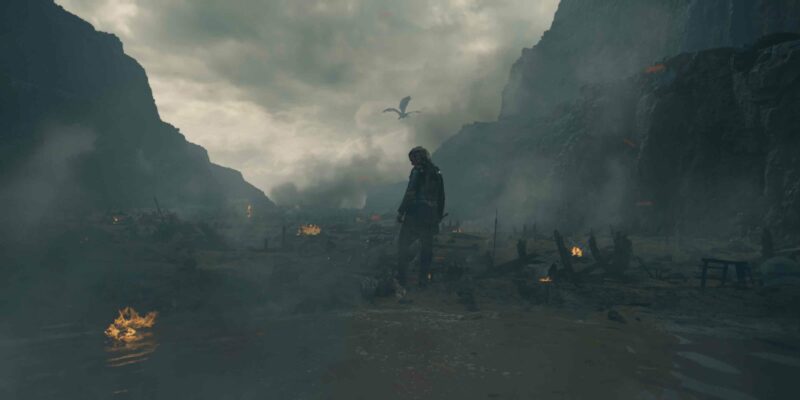 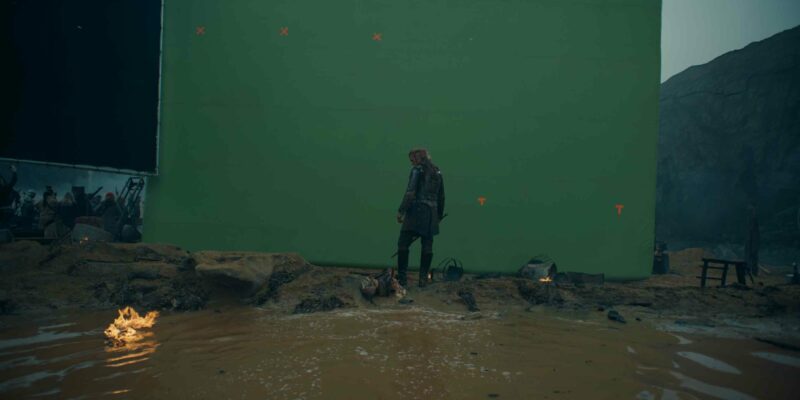 “Creating the dragons was undoubtedly an exciting challenge,” says Bell. Each dragon had a specific personality that mirrored the personality of its rider. MPC Animation Supervisor Ross Burgess and his team developed these characteristics in animation before the shot turnover. This meant the team instinctively knew how each dragon would move and behave well before the shots went into production. “It was important for us to learn and know the individual personalities of these creatures to know how they would react in each situation,” he adds.

One of the most VFX-heavy episodes was episode three, featuring two significant battle sequences, supervised by CG Supervisor Adam Cheshire and Comp Supervisor Mario Brioschi. The opening battle occurs at night and features one of the main dragons, Caraxes. “This was an interesting challenge as the vast majority of shots in this sequence were fully CG, and the lighting came only from the dragon fire and the small fires scattered around the environment,” says Bell. The end battle, however, was shot during the day and featured another dragon, Seasmoke. The plates for this sequence were shot on the backlot of a studio, and the team then extended the set to include the sky, beach, quarry walls, and the debris scattered on the ground. 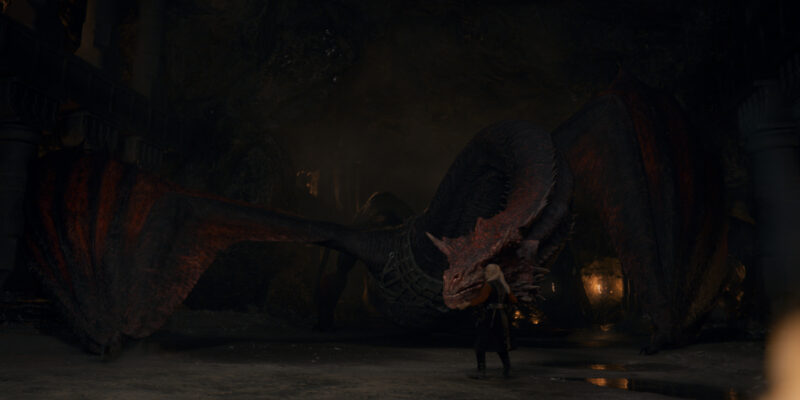 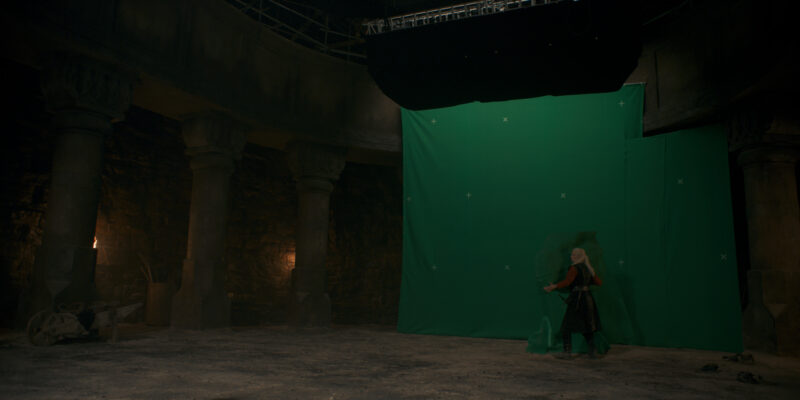 Reflecting on their brief Mike shares “Miguel was always saying that Caraxes should not really look like he belongs on the ground, because of the shape. In episode one, there’s a moment where Daemon’s calming MPC also delivered a sequence featuring Vermax being trained to serve its future rider, Prince Jacaerys, that was shot entirely in a 360° blue-screen studio. Using the concept art from the production designer, the team re-created the interior of the Dragon Pit environment. This pit was an old, dilapidated ruin in the Game of Thrones series, but now, 180 years prior, it is a fully functional arena the size of an internal football stadium. For Vermax, the team researched the movements of larger real-world lizards, eagles, vultures, and creatures like Komodo dragons to give them a basis for creating Vermax’s its quick and sharp reptilian movements. 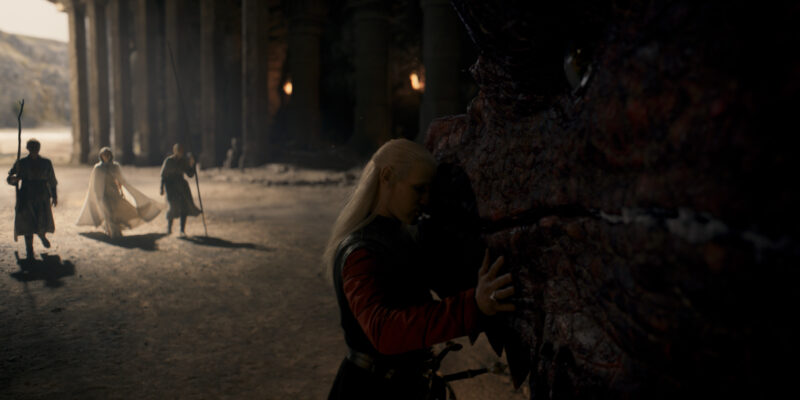 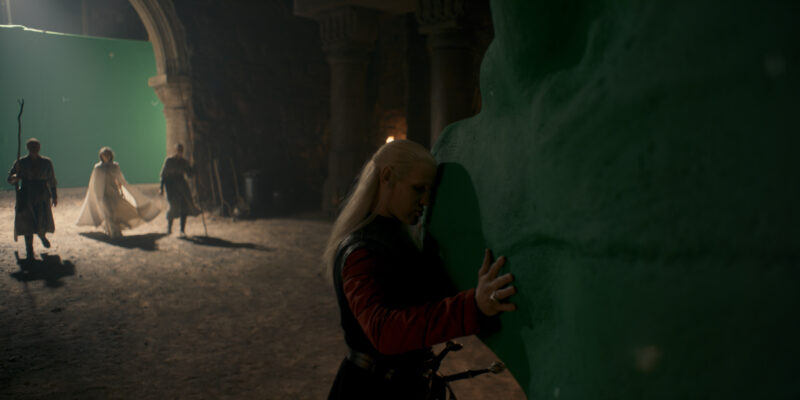 Episode eight featured a completely different VFX undertaking from the rest of the season, featuring a contribution from The Mill, a global VFX advertising studio in the Technicolor Creative Studios network. Following a time jump of six years, when we meet King Viserys again, MPC and The Mill artists crafted the striking CGI sequence of the King’s health deterioration due to a mystery illness. Working in immaculate detail, the team’s focus was creating a look and feel that was both emotive and striking but did not distract from the actor’s performance. Each shot of actor Paddy Considine’s face was tracked to ensure the slightest nuances of his real-life performance were captured in the CGI build.

MPC also created the coronation sequence in episode nine. The sequence was shot using a 360° blue-screen studio, so the entire background was replaced with the Dragon Pit interior environment and populated by a vast CG-crowd simulation, dust, debris, and several FX simulations.