Founded in 1915, Technicolor led the film industry with the world’s first exploration of full color and sound motion pictures, developing a series of innovative color film processes in the early 20th century. They later acquired MPC, The Mill, Mikros Animation and Technicolor Games. As a collective of studios, we now operate under the new brand name Technicolor Creative Studios.

Our rich legacy for innovation and creativity at MPC and Technicolor Creative Studios is echoed in our most iconic work, from Academy Award Winning features, Gladiator, 1917, The Jungle Book and Life of Pi, to recent blockbusters Ghostbusters: Afterlife, Nope and Disney’s new live-action iteration of Pinocchio. Our sister studio, Mikros Animation, has developed some of the world’s most recognizable animation IP including SpongeBob SquarePants and Teenage Mutant Ninja Turtles. And our advertising and brand experience studio The Mill, has earned over 500 awards & accolades across its 30-year history in brand marketing, consistently producing work for the world’s most notable brands from iconic Super Bowl commercials to globally renowned campaigns.

Each of our four studios will be powered by shared technologies, creative talent, R&D, and investment in future platforms. As a growing collective, we have the power to provide our film and episodic clients with creatively driven solutions across their IP journey, from feature length film VFX to in-game assets and marketing content.

MPC President, Tom Williams said, “We have already seen huge benefits at MPC as a result of being part of a larger network of creative studios, who are all innovating, iterating, and sharing knowledge with the same goals in mind. I believe the spin-off will provide us with even more opportunity to develop our creative, operational and technology capabilities, allowing us to scale our business for the future and retain our world class reputation as the top VFX provider to the Film & Episodic industries.”

As part of Technicolor Creative Studios, MPC is set to continue leading the visual arts industry, building authentic and long-lasting connections with audiences across screens for the years to come. We recently led the VFX for several high-profile projects including Top Gun: Maverick, Prehistoric Planet, Chip N Dale: Rescue Rangers and House of the Dragon and have a slate of upcoming film and series including The Little Mermaid, The Witcher: Blood Origin, Dungeons & Dragons: Honor Among Thieves, and Transformers: Rise of the Beasts.

Click here to sign up to MPC Creative Works and receive the latest news across our business, regular thought leadership, innovation features and much more. 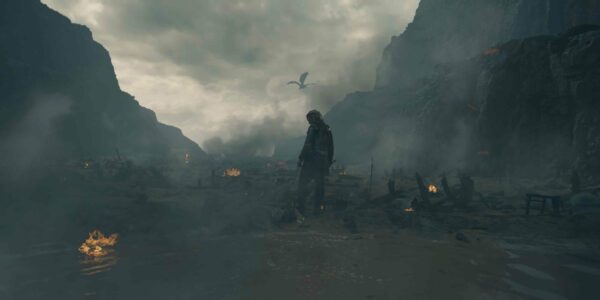